Confession time – I didn’t believe the weather forecasters when they predicted this summer’s heatwave … to my cost.  We headed off for almost two weeks holiday just as the bright yellow, glowing sunshine symbol was starting to wink away on the BBC weather app.  I didn’t entirely ignore the warnings as I did leave watering instructions for my cat-sitter but, unfortunately, I was far too focused on whether it was going to be 8 degrees or 18 in Iceland – it turned out to be both!  More of which another time.  However, there I was on a grey, slightly damp day in the East Fjords when a text pinged through.  London temperatures had soared, plants were scorching and it was clear that troops needed to be mustered if we were to return to anything alive.  Thank heavens for the wonders of hotel wifi and neighbours who responded admirably to my email pleading for help!  However, it was still a shock when we returned home to sights such as this!

This acuba started off life as a cutting from my mother’s garden.  Interestingly, in one previous hot summer, I remember her showing me the scorched leaves and us wondering if they really could just have been burnt by the sun.  This one is planted in full sun whilst its sibling is in a much shadier area and still has lovely shiny green leaves.  Neither wilt or show any other signs of stress, just these unsightly burnt areas on leaves that were in direct sun.

The bay tree in the front garden is another disaster area. 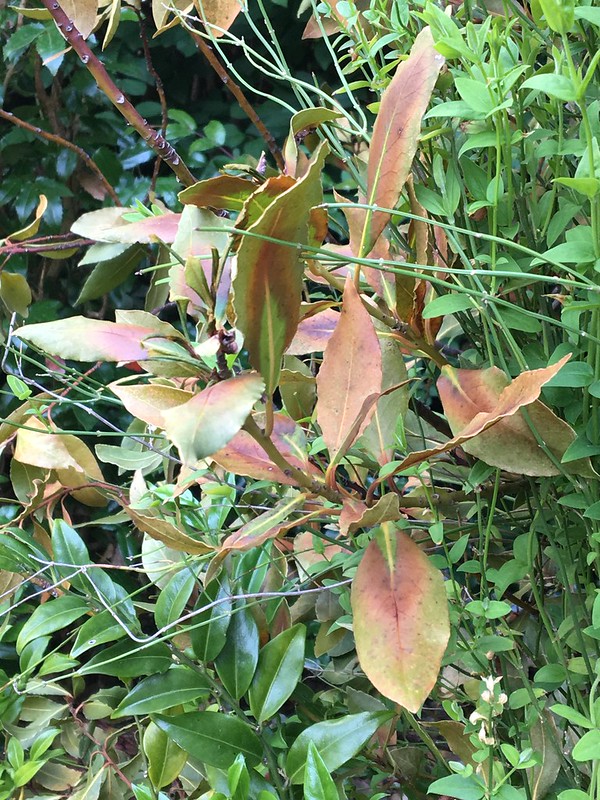 It’s in a large pot and, nestled up by the hedge, it is both sheltered but also easily forgotten if you don’t know it’s there.  The front garden faces west and consequently receives the full blast of the sun’s setting rays.  When the weather finally gets cool enough, clearly  we will need to give it a short back and sides.  Fortunately we have a second bay in a pot outside the back door which is in better shape should the need for bay arise, although curiously I do think of bay as being a winter herb when it comes to cooking.

There were also some scorched surprises.  I automatically think of dahlias as hot weather plants but it would seem that they too have their limits.  I fear that this Veronne’s Obsidian may not perform at its best this year. 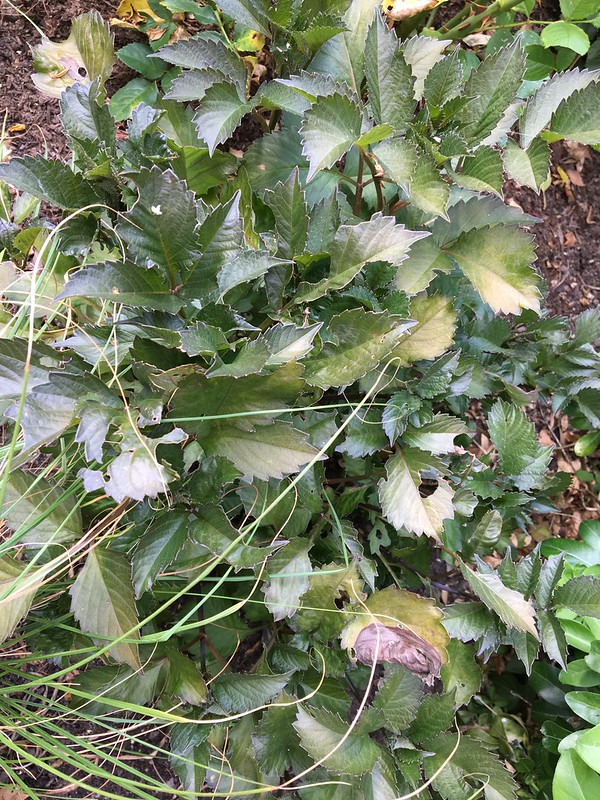 My phlox was a brighter story but, look beneath the purple spray and, yes, there’s plenty of dead, drought ridden growth lurking there too. 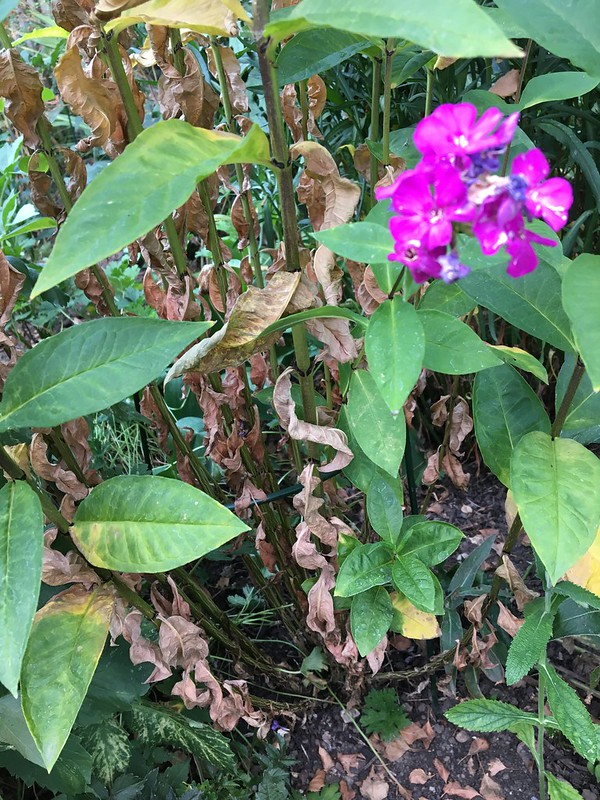 But the plant that is worrying me most is our birch tree.  Regular readers will recall the sad tale of my flowering cherry tree, well the birch is right next door to it.  I have known it turn gold early and start dropping leaves when we’ve had previous dry summers but, as you can imagine, this time I am worried.  It has a number of dead branches on one side and the leaves were falling in their hundreds.  I’ve soaked a wide area where I believe its roots to be and I’ve mulched it over.  I’ve also called a tree specialist for advice – they are coming next week.  So please, all fingers crossed, I really can’t bear to loose another tree. 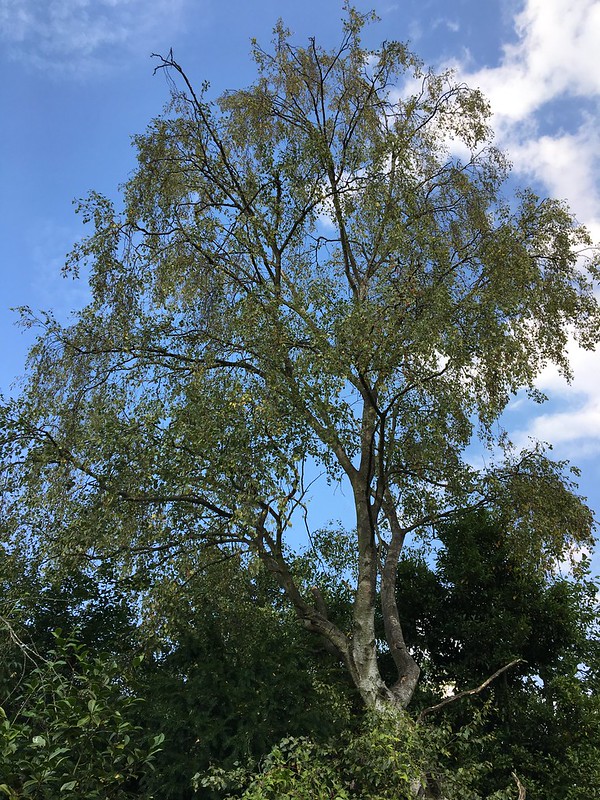