“Responding to climate change is an essential part of our responsibility to safeguard God’s creation.”   Justin Welby, Archbishop of Canterbury

On New Year’s Eve I posted on Facebook that I could hardly believe it was twenty years since we’d all sat around waiting for the Millennium Bug apocalypse to happen.  Looking back we can laugh but, as some friends reminded me, lots of people worked hard to prevent that crisis from happening. 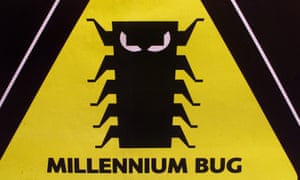 As we enter the new ‘roaring twenties’ a different and very real crisis is looming, one which needs all of us to tackle, not just a selection of experts or people with the right skills – the climate crisis.  Unlike the Millennium Bug it doesn’t have a set date by which we need to act which means that it’s very easy for anyone from government and heads of state down to individuals to think that they don’t need to do anything just yet, that they can put off change until tomorrow or next year.  The appalling fires in Australia last month were a stark reminder that we cannot do this.

Outside the Back Door began as a monthly article for my church magazine and this year I’ve therefore decided to focus each Outside the Back Door in the ten issues of the magazine on a different aspect of the environment to highlight what we as individuals can do in our own spaces.  Online I may post some other stuff in between but in the blog that ties in with the magazine, I’m targeting ten articles that will each highlight an environmental concern and try to think about ways we can act as individuals to do our bit.

As it happens, gardens and churchyards have a lot in common. It is becoming increasingly clear that our local green spaces have a very important role to play in reducing pollution and maintaining a diverse habitat for wildlife but if we’re not careful, our actions as gardeners in wanting to improve these spaces can also have a negative impact on the planet – think of all those plastic plant pots, trays and labels we use or the amount of peat still being used in the horticultural industry.

Focusing on gardens, the Royal Horticultural Society (RHS) has been running its Greening Grey Britain campaign for a couple of years now, encouraging members and non-members alike to get planting in whatever small way.  During its research for this campaign, the RHS discovered that between its own gardens and its members’ gardens, over 22 million plants were added to gardens each year!  That’s an astonishing number of trips to the garden centre!  They also discovered that 77% of its members were actively seeking to establish plants that were good for encouraging bee populations and other pollinators.  There are lots of bergenia (Elephant’s Ears) around our church which are great for attracting over-wintering bees.

Gardens are good for our planet but so are our churchyards and church grounds.  We often worry about the state of our church grounds and there’s no denying that litter is a problem.  That in itself can provoke another whole climate debate – if there were less packaging on things, there would be less litter about the place!  Between the church grounds and vicarage, we currently have a great deal of open space to maintain and, as a small congregation, we are grateful to those who are finding time to keep things cut back and under control.  However, we should also remind ourselves that gardens and grounds can be too tidy!  It’s often surprising on a Sunday morning just how much birdsong can be heard around the church (above the noise of the aircraft coming into land at Heathrow!) and those birds need food.  Our trees, grass, borders and slightly untidy spaces to the rear of the church will all be providing abundant insects to feed on.  Walk along the side of our church to this door and look at the ivy creeping up it.  Ivy is an incredibly valuable plant for birds and insects.  So we can trim, but with care!

In 2020, perhaps we should take a new look at what our church grounds can provide?  An easy, wildlife friendly thing we could add would be a small ‘pond’.  I’ve deliberately put that in inverted commas as it could be something as simple as an old washing up bowl sunk into the ground which would provide a valuable source of water for birds, foxes and any small amphibians that may be in the locality.

Next time I’m going to focus on what we can be planting to encourage wildlife.

“Never doubt that a small group of thoughtful committed citizens can change the world.  Indeed it is the only thing that ever has.”  Margaret Mead, Anthropologist

The very first Outside the Back Door appeared ten years’ ago this month!  Anyone who has edited any sort of magazine, church, club, whatever, will know that feeling of staring at vast amounts of white space between the essential news and the occasional item that someone has kindly bothered to give you.  Outside the Back Door sprung out of my need to fill anything up to two sides of A5 in my church magazine.  Over the years it’s proved to be a bit of a hit with lots of positive feedback.  All of which has led to me taking the plunge to move online!

So to give you a flavour of what’s to come, here’s a bit of reflection on what has gone before.  My first article was entitled A sad demise – not exactly a positive note to start on!  The article focused on the death of our monkey puzzle tree which was such a landmark feature when we bought our house back in February 2000.  It made it incredibly easy to give directions to where we lived – just drive straight to the end of the road and look for the monkey puzzle.  We never got to the bottom of what killed it and we’ve never taken the plunge back into monkey puzzle ownership!

It was perhaps ironic that my first article focused on outside the front door rather than the back and it’s rather sad to look back and see that our front garden, small as it is, seem

s to have only featured when disaster has struck!  In the December 2013/January 2014 issue it popped up again, this time after the St Jude’s storm of the previous October which had felled our eucalyptus tree.  This had originally been planted as a tiny pot plant into a mixed container positioned to fill the space left by the monkey puzzle.  Being a eucalyptus (they rarely grow small), it had managed to take root through the base of the pot and had become far too big for its boots.  One freak gust and it had been uprooted.  Several attempts were made to re-pot it but it was to no avail.  The roots had been ripped and had sounded its death knell.  (The picture is rubbish but you get a sense of what happened!)

Apart from these episodes,  I’m pleased to say that the column has generally taken a more positive approach covering, amongst other things, the development of our vegetable plot, the creation of our pond and the arrival of our cats!  Overall our garden has proved to be a rich source of inspiration, underlining the importance of urban gardens to our environment and well-being.  This is currently being highlighted by the Royal Horticultural Society’s Greening Grey Britain campaign which highlights:

“Today one in four front gardens is completely paved over and our community green spaces are also under threat, with many parks facing a crippling lack of proper funding. This trend for grey replacing green degrades the living environment, increasing flood risk and reducing air quality. It has also been linked to growing mental and physical health problems as well as having dire consequences for wildlife.”

I am proud to think that our little patch of green can be helping the wider environment in some way.